Due to COVID-19 Adriane Strampp’s exhibition scheduled to open at King Street Gallery on William on May 12 has been postponed and will be rescheduled to a later date.

A selection of new work has been sent to the gallery, and a digital catalogue is available. King Street Gallery is maintaining regular hours and work is available for viewing by appointment. 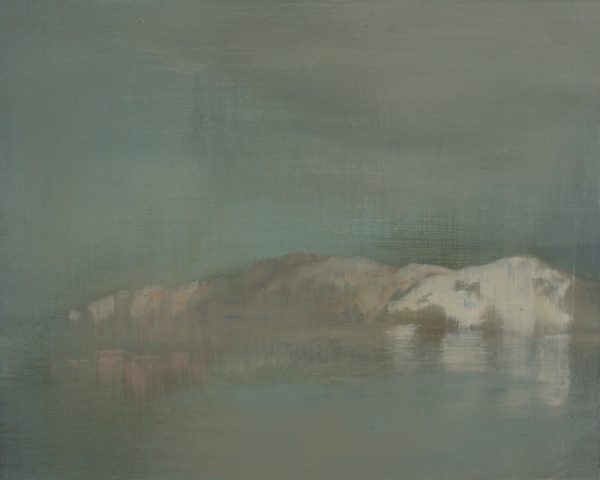 Strampp’s process begins with a collection of photographs, obscure and obscured source material, a compilation of information gathered from places once visited which continue to have some pull or gravitas.

Fragments of reference material are rearranged, merged and edited to create a new ambiguous reality and sense of discord, a response painted from the artist’s personal experiences and broader response to the present global climate.

There is also a playfulness with scale, small things are made monumental and the monumental represented in a small format, whilst the painterly process oscillates between depictions of the real and explorations of the material. Not all is always as it seems.

This exhibition addresses themes of connection, dislocation and the pull to return to places once familiar. Coming from a peripatetic background there is a longing for familiarity and sameness however inevitably things are rarely as remembered.

Rather than the traditional art historical landscape, this work explores aspects of a landscape remembered or places once visited, the memory of which remains long after, and the shifting experience of revisiting as an outsider. The horses return as metaphor for the artists’s own restlessness and journeys of the past and of the future.

In this latest collection of new work by Melbourne artist Adriane Strampp, Pilgrimage expands on the artist’s ongoing interest in connection, memory and spatial relationships, and in particular, our relationship to particular places or things meaningful to us. How do we remember the places we once knew? Fragments of memories reconstituted to a fluid fusion of elements that we recall, pieced together to recreate a new reality, landscapes made of multiple locations creating a universal sense of familiarity. In The Notebooks of Malte Laurids Brigge,(1910), Rilke compares the collation of memories to the house:

I never saw this strange dwelling again. Indeed, as I see it now, the way it appeared to my child’s eye, it is not a building, but is quite dissolved and distributed inside me: here one room, there another, and here a bit of corridor which, however, does not connect the two rooms, but is conserved in me in a fragmentary form. Thus the whole thing is scattered about inside me, the rooms, the stairs that descended with such ceremonial slowness, others, narrow cages that mounted in a spiral movement, in the darkness of which we advanced like the blood in our veins.

Whilst continuing an ongoing interest in the landscape in terms of revisiting of places once familiar, Pilgrimage includes a more intimate look at connection through the interiors and personal possessions of other artists’ homes and studios. Both the interior and external landscapes take the position of observer separated by subtle barriers, shadows, reflections or distance, a reminder that we can only ever be the observer, not the participant in other people’s places.

Artist Louise Feneley will be showing concurrently with her exhibition Into the Sea.
Catalogue of both exhibitions can be viewed here.

Using subtle shifts in tone and hue, Adriane Strampp’s nuanced paintings conjure familiar yet elusive memories of place, emotion and feeling. Her shadowy compositions, built from thin layers of oil and wax on linen, convey a paradox; being at once monumental and intimate, internal and external, familiar and foreign. 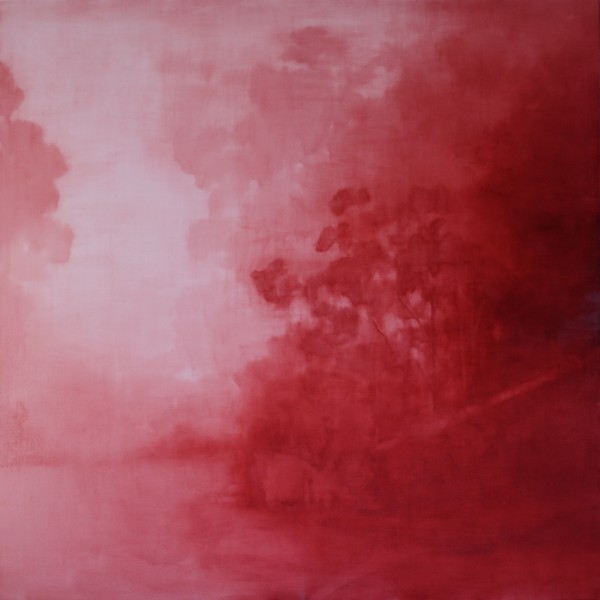 This new work by Adriane Strampp continues to explore the remembered landscape; fragmented views of journeys made reflecting Strampp’s own peripatetic upbringing and sense of dislocation. It reflects upon the passage of time, absence, memory and loss, portrayed in largely monochromatic, improbable colour. The work posits our own tendency to colour our memories and reflections.

As Strampp describes a sense of transience and motion when there is no final destination, we are taken along for the ride, fleeting glimpses of the passing landscape that give us non-specific views that nevertheless involve a sense of familiarity. It is the movement, the lack of connection that concerns her, rather than the traditional art historical landscape. Occasional reflections are placed across works such as Rise 2015, deliberate visual barriers, so separating the viewer from the landscape, transforming them instead into an objective observer. As with her earlier work, subtle visual barriers at odds with the image are frequently employed as a means of creating uncertainty and unrest.

Strampp’s surface is a time-consuming construction involving the use of wax and delicate colour washes that depict the hazy, ephemeral and elusive nature of memory. As paint is allowed to run and dissolve there is a melancholic sense of transience and at the same time, in keeping with the notion of fleeting memory, other areas are painted in detail. The strong hues are used for their capacity to elicit emotional responses, as well as to capture the subjective nature of memory. 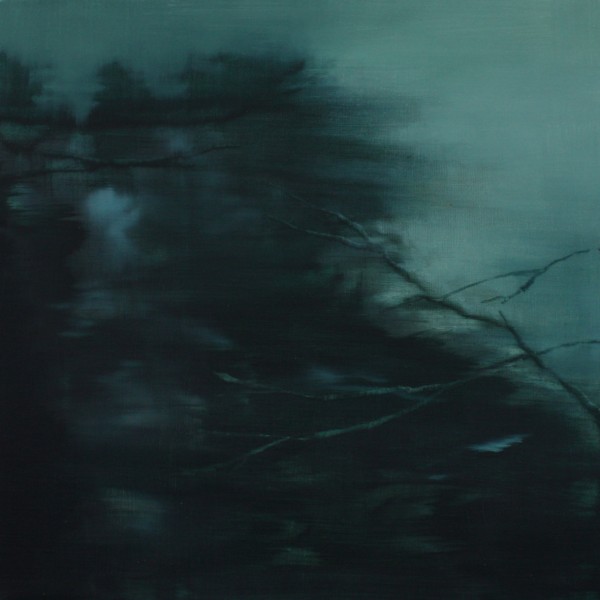 In 2012, Adriane Strampp re-visited a northern part of the USA, just above the Great Lakes, where she had spent a portion of her childhood. From the car she was travelling in, Strampp photo-documented the nine-hour road trip to her past. Out of the hundreds of photo that she took from first light through to dusk, Strampp selected only a few to use as structures to diverge from and create the works that form Vorbeigehen.

Vorbeigehen is an exhibition series of faintly painted and distanced landscapes. Some large in scale, surrounding and enveloping us in their eminence, others are smaller and dense in shadow. In these paintings, the focus is not on the landscape itself but rather on our deeper, ephemeral relationship with memory and the experience, anticipation, and expectations of revisiting a place once loved. The visually immersive paintings attempt to materialise intangible, visceral experiences that bleed into hallucinations of memory and imagination.

In this regard, Strampp’s work has a strong correlation to the writing of Susan Sontag. In her 2003 book, Regarding The Pain of Others, Sontag observed that memory alters an image according to its need to confer an emblematic status on things we feel worthy of remembering. One may feel shame, fear, anxiety, sadness or loss upon remembering a past and it’s associated vernacular or ‘landscape’ of imagery we remember it by.